I do social landscape photography and am interested in finding beauty in the mundane. I look for whimsical scenes, and elements of surrealism found in everyday life. Photography keeps me in touch with the changing seasons, and the passage of time. My images are intertwined with childhood memories and locations around Hants County, Nova Scotia.
I have been scanning an archive covering thirty years which has led to three books: Toronto Flashback (1980-1986), No Money Down – Toronto (1980-1986) and Toronto Days. Other series include: Wish You Were Here, Japan Days (1987-1993), and Scattershot: A Journey Through Time and Place (1976-2016).

Toronto Days is available through Blurb Books and Amazon.

“I spent several years in the ’80s and ’90s doing street photography in Toronto. The negatives lay dormant until 2016, when my journey of rediscovery began.”

Shawn Micallef writes, “What we forget is the slow overlap of time. Woolaver’s photos have a lot of 1970s in them: the clothes people wore; the cars on the street; and the general sensibility of the place. Looking at them had me thinking about our 2018 city and what remnants from the 2000s, the 1990s, or earlier are still around today. It’s hard to see the overlap of time when you’re under and in them, but looking back, as the Toronto Days exhibition lets us do, those layers become apparent.”

No Money Down – Toronto  (1980-1986), by Avard Woolaver, documents the city of Toronto, Canada, in the 1980s. From the introduction: “Looking back now at the photos some thirty years later, so much comes back to me about being dropped into a new environment. We use our creative tools as extensions of ourselves; they help us understand and define our place in the world. For me, having a camera in my hand at all times helped me remember: You only get to do this once. We have to take the time to see it as clearly as we can.”
Derek Flack writes in blogTO, “Woolaver’s work is so fascinating–a record of Toronto with a soul.”

Toronto Flashback (1980-1986), by Avard Woolaver, documents the city of Toronto, Canada, in the 1980s.
Woolaver grew up in rural Nova Scotia and moved to Toronto in 1980 to study photography. He did a lot of street photography in those years, capturing street scenes with fresh eyes. Michael Amo writes in the introduction, “When Avard arrived in Toronto in 1980, he brought that watchfulness with him, that deep-seated empathy for humans going about their solitary business, a simultaneous loneliness and delight in our ceaseless effort to remake the world in our own image.”

Wish You Were Here

We Were The Future

View From Your Window 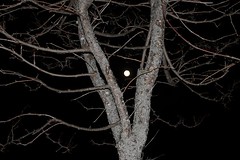 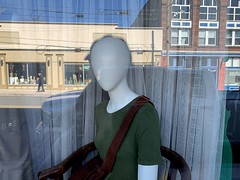 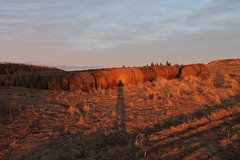 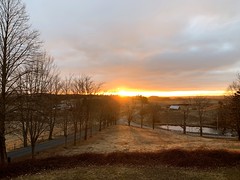